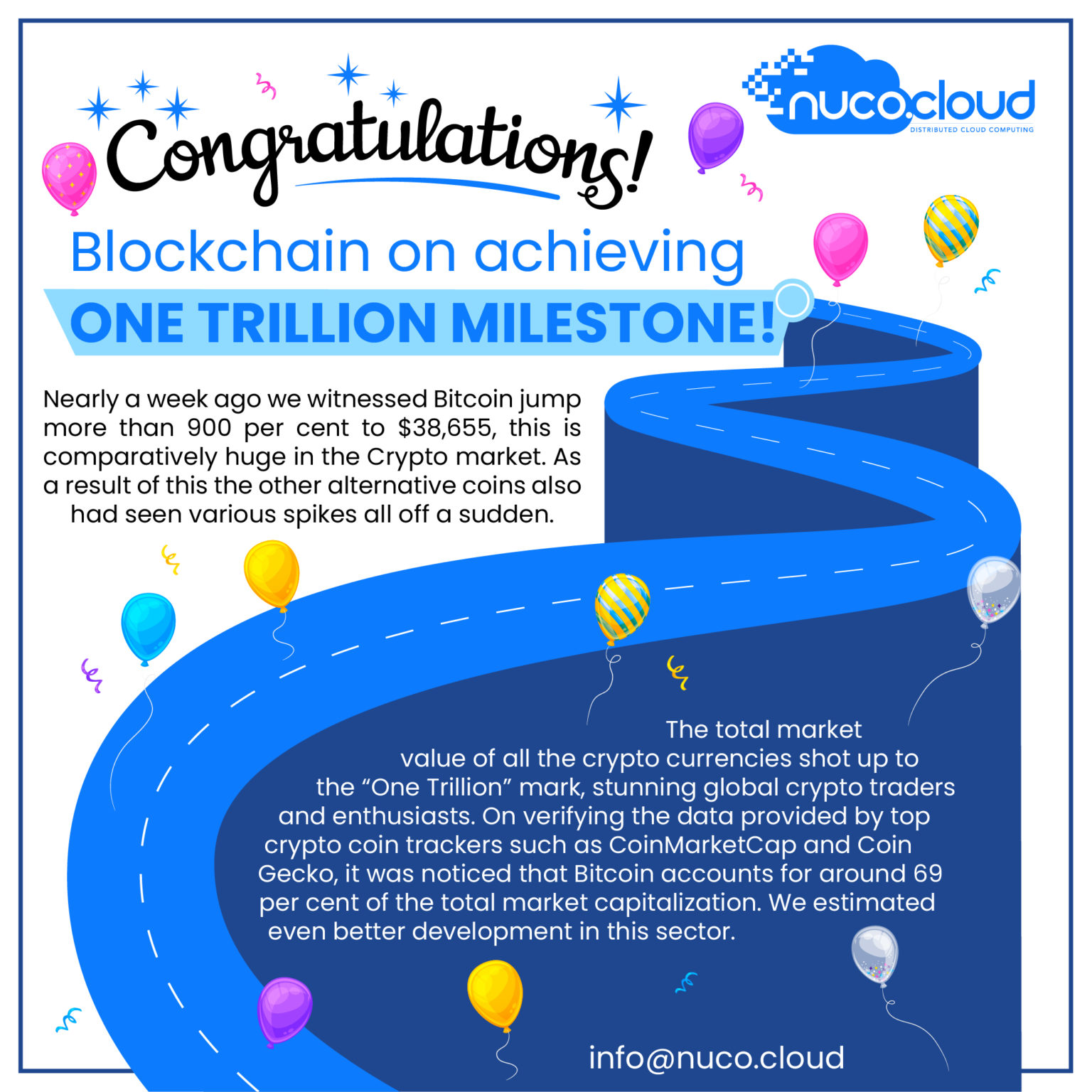 Nearly a week ago we witnessed Bitcoin jump more than 900 per cent to $38,655. This is comparatively huge in the Crypto market. As a result of this the other alternative coins also had seen various spikes all of a sudden.

The total market value of all the crypto currencies shot up to the “One Trillion” mark, stunning global crypto traders and enthusiasts. On verifying the data provided by top crypto coin trackers such as CoinMarketCap and CoinGecko, it was noticed that Bitcoin accounts for around 69 per cent of the total market capitalisation. We estimated even better development in this sector.

What made this sudden spike?

It is believed that the surge in the market capital was due to cryptocurrency gaining more space in our day to day life, and with an increase in the number of enthusiasts, Investors and traders who were convinced that bitcoin and other cryptocurrencies will be a long lasting asset with the potentiality for quick gains.

It is also believed that after the US-based online payments company PayPal allowed its customers to use bitcoin on its network. which obviously turned in many people into indulging with cryptocurrencies.

It was also observed that the banking sector had shown its interest into cryptocurrency and blockchain, several banks have also stated that they would implement blockchain technology into their financial institution in order to make things easier and for seamless transactions for normal banking networks

“The total crypto market cap has reached over 1 Trillion USD for the first time ever! A trillion is 1,000,000,000,000, or one million million. It’s such a large number it’s hard to get your head around it, so sometimes “trillion” just means “wow, a lot”- Tweeted the company.

“The $1 trillion mark cements cryptocurrency as an investable asset class that no longer sits on the fringes of Traditional Finance as a toy for retail investors,” said Jack Purdy, decentralised finance analyst at Messari.

We believe that this is a milestone for blockchain and its technology and it feels great to see people from all parts of the world entering into the blockchain world.

Nuco.cloud is a decentralised supercomputer, accessible from any device connected to the internet which is also a commercial and user friendly evolution of BOINC.

The aim of the nuco.cloud has been to use idle processing potential of every PC, server and smartphone to solve issues that require considerable computing power.