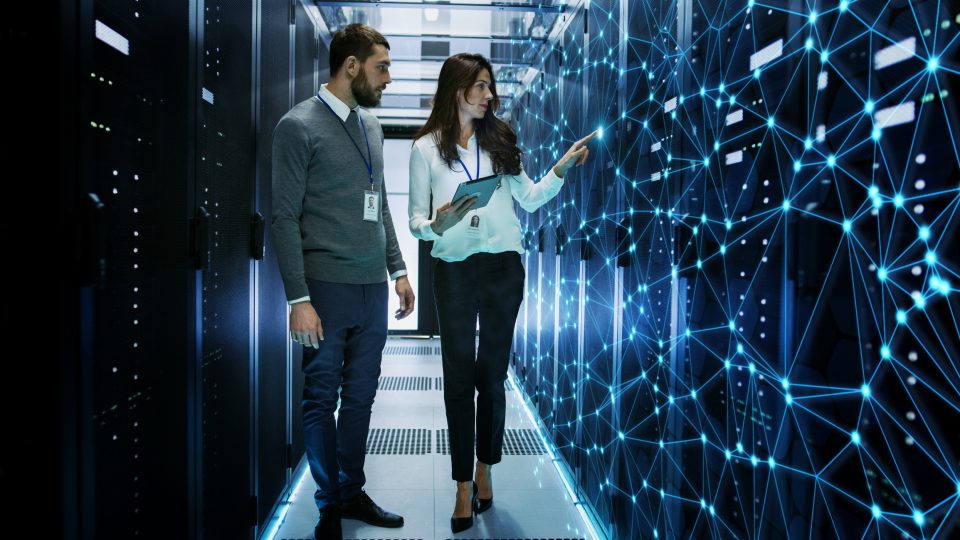 A partnership between several Blockchain Start-Ups and Data Centres has created immense computing power gained to support the fight against Covid-19.

Nuco.cloud, CUDO Compute, Bitkern, Hetzner Online and e-shelter have joined forces to create a Distributed Computing Cloud. This decentralized supercomputer is based on the combined computing power of all the participants in this joint venture and is intended to accelerate scientific research at Covid-19.

“Extraordinary times require extraordinary measures,” says Tobias Adler, CEO of nuco.cloud. “For this reason, we wanted to give BioTech Companies, Universities and scientists access to the computing capacity of our Distributed Computing Cloud, thus, supporting them in developing a vaccine, medicals etc. against Covid-19. “We believe that in the current crisis everyone should do their utmost to find a vaccine as quickly as possible to stop the pandemic.”  For the longer the crisis continues, the more suffering will be caused and the economic damage to our entire society will be enormous.”

Together, the Start-Ups will contribute several petaflops of computing power. Flops are a unit of measurement for computing power, similar to the horsepower of a car.  The prefix Peta means one quadrillion (that is a one with 15 zeros). A normal high-end computer at home has three gigaflops. “Together with CUDO Compute, Bitkern, Hetzner Online and e-shelter our Joint Venture can provide more than 10 PetaFLOPS of computing power,” explains Adler.

The immense computing power gained from the Joint Venture could be used, for example, for the analysis of test series, vaccine and drug development or the analysis of infected patients. The collaboration will provide biotech companies and universities access to the computing capacities including storage within the Distributed Computing Cloud, thus supporting the development of a vaccine against Sars-CoV-2.  The corresponding software will be as user-friendly as possible and is currently being developed.

Additionally, anyone with a computer, server or smartphone can also provide computing power to this cloud, which is then distributed to the end users.  This could be users with idle hardware, for example a Gamer with a PC when it’s not in use. Via an app, users can enter when their hardware or laptop is idle, and thus make computing power available. “Many of our supporters and customers feel the same way.”  Everyone would like to make their hardware available. “I am also more positive that many others, whether individuals or companies, would join and provide computing power for this as well,” add Adler.

“We are delighted to be part of this project,” says Matt Hawkins, CEO of Cudo Compute. “The foundation of our company is based on ethical innovation, right now, any innovation that can support the battle against Covid-19 is a step in the right direction. This will provide the extra resources that researchers and Universities require in order to find a vaccine as fast as possible.”

Pete Hill, Partnership Director of Cudo Compute says: “These are unprecedented times that are bringing the tech and science communities together. To be involved and to closely collaborate with companies across Europe, to provide solutions that will benefit the World, is hugely fulfilling. We are immensely proud to be able to contribute towards fighting the battle against the coronavirus.

Cloud computing has been one of the defining technologies of the 21st century. By outsourcing computing and storage, users no longer have to buy and store the resources they require to conduct their operations. They can simply lease, and release required resources, which has greatly increased speed, efficiency and productivity across a range of industries and verticals. Demand for cloud computing is now growing exponentially, with the dominant cloud providers spending tens of billions of dollars on infrastructure to keep pace.

The phenomenal advancement in cloud computing has not been without its challenges. The centralisation of cloud servers has led to concerns over data privacy, while research has highlighted the environmental impact of hyperscale data centres. In addition, due to physical limits in the production of microchips, the efficiencies of cloud computing compared with consumer owned devices is tailing off. The latencies incurred when transmitting data to and from the source are impractical for meeting the demands of a hyperconnected world. As George Gilder states, “Cloud computing, which was a great triumph for its time and dominated its time, is now reaching the end of the line.”

Link to the article: https://www.cityam.com/blockchain-start-up-and-data-centre-initiative-against-covid-19/